Consonants in Contact: An examination of the effects of Kichwa language contact on the Ecuadorian Spanish consonant system.

Un saludo from Cuenca, Ecuador! I’ve been researching dialectal variation and language contact here in thanks to a generous grant I received from CLACS. Cuenca is an absolutely stunning city, built on top of both Cañarí and Inca ruins after being colonized by the Spanish in in 1557. With rich indigenous history and pride, coupled with strong remnants of Spanish architecture and city planning, Cuenca and the surrounding areas make for both beautiful as well as interesting sites for sociolinguistic research. The goal of my project was to study the influence of Kichwa (an indigenous language spoken by many people throughout various regions of Ecuador) on the Spanish consonant system.

My motivations for this study stemmed not only from the large bilingual Spanish-Kichwa population in the rural areas north of Cuenca, but also due to the amount of pride indigenous people have in their culture. The group of indigenous people who are settled in both Azuay (the province which contains Cuenca) and Cañar, the province to the north, are descendants of a pre-Incan civilization known as the Cañarí. Though the Cañarí language has been deemed extinct, the Cañarí people are alive and well, and actually maintain many sounds and words such as toponyms, as well as names for food and local customs from their ancestral language, which appear in both the dialects of Kichwa as well as Spanish spoken in this region.

Through this project, I was able to collaborate with members of not only the government of the canton of Cañar, but also a local group of indigenous leaders in a town called Zhud. The residents of this small town are bilingual speakers of Kichwa and Spanish, with Kichwa being their most dominant form of communication. Through the CLACS grant, I was able to make connections with this community and coordinate another visit to their town during January 2018; in order to live alongside them and conduct sociolinguistic interviews, as well as help them to create a dictionary of Cañarí words present in both the Spanish and Kichwa that they speak. This is unique opportunity to not only further develop my sociolinguistic project, but to also participate in a process of language documentation and possible revitalization. The members of the community in Zhud, similarly to the indigenous peoples of Cañar and Azuay, are proud of their Cañarí heritage, and to be a part of the documentation of both the remnants of their ancestral language, as well as the maintenance of their current dialect of Kichwa, is an immense privilege. 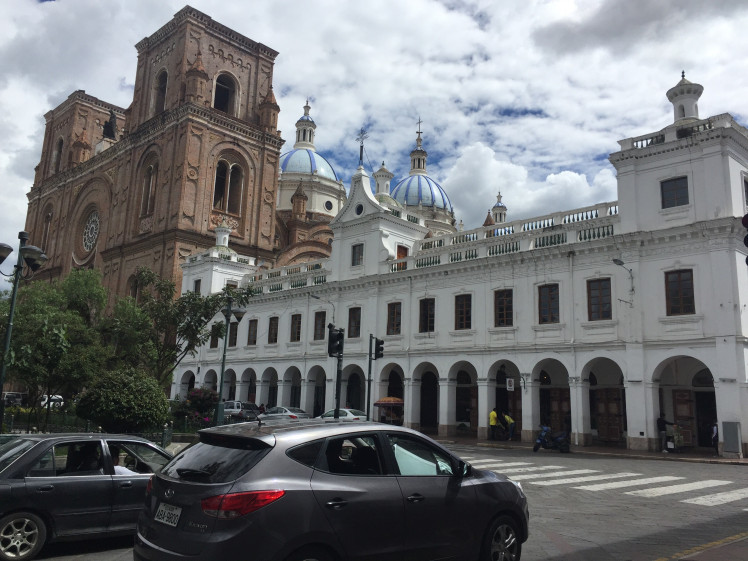 Another facet of my study involved the collection of monolingual data in order to have a basis of comparison for my study. In order to do this, I collaborated with both students and professors at the University of Cuenca. Through the collection of my control data, I realized that my project had grown another branch: a sociolinguistic analysis of the stratification of certain consonants such as /r/ and /ʎ/ based on gender, age, and socioeconomic class. The Cuencano dialect is rich in consonantal variation, and thanks to both the funding provided by CLACS, as well as the generosity of the faculty and students of the University of Cuenca, I have a large amount of data representing a variety of speakers of the Cuencano dialect. This is a unique data set, being that as far as I know, there are no publicly available corpora of Cuencano speech, and very few studies that have focused on this dialect in particular. Through these interviews, I was able to learn what daily life in Cuenca, Ecuador is like: what people do for fun, what university life is like, and how people feel about the current political situation in Ecuador. Sociolinguistic interviews allow for an introspection into not only the daily life of participants, but also the richness of a culture that one can’t simply get off through a search on Wikipedia. I was also able to learn where the best place to get hornado de chancho (roasted pork) and some of the best mote in South America (hominy) from the local people. To say that I ate well during this trip would be an understatement.

Not only will the data I’ve collected during my time here in Ecuador keep me very busy upon my return to the states, but the memories and friendships I’ve made here will last a lifetime. I’ve been lucky enough to not only make strong connections within both monolingual and indigenous communities, but furthermore, I was able to meet some extremely warm and welcoming people. I look forward to continuing my studies in Cuenca and Cañar in the future!

Molly Cole is a PhD student in Hispanic Linguistics.