Poetry and Politics in Bolivia

I’m writing from a café just off the Plaza 14 de septiembre in Cochabamba, Bolivia. Cochabamba was a last-minute addition to my summer itinerary once I learned that I could access Arte y trabajo, a literary and political magazine founded here in 1922, as well as having stumbled across a literary forum taking place this week that showcases contemporary Bolivian authors whose work can be difficult to find in the US. Most of my 6 weeks in Bolivia will be divided between La Paz and Sucre, but a short detour through Cochabamba is fitting given what I am studying this summer. Cochabamba was the site of the 2000 Water War that sparked a cascade of social and political changes in Bolivia. It is, in part, because of the unique contemporary political situation that Bolivia is a growing area of interest for US academics across a wide array of disciplines.

My project looks at poetry and radical politics during an important moment in Bolivian political history. Bolivia’s crushing defeat in the Chaco War with Paraguay in the 1930s has the distinction of being perhaps the first moment in which a singular Bolivian national identity was formed in the public imaginary. The years immediately preceding the war were also marked by the emergence of a radical political left – specifically of the anarchist persuasion, as I am learning. 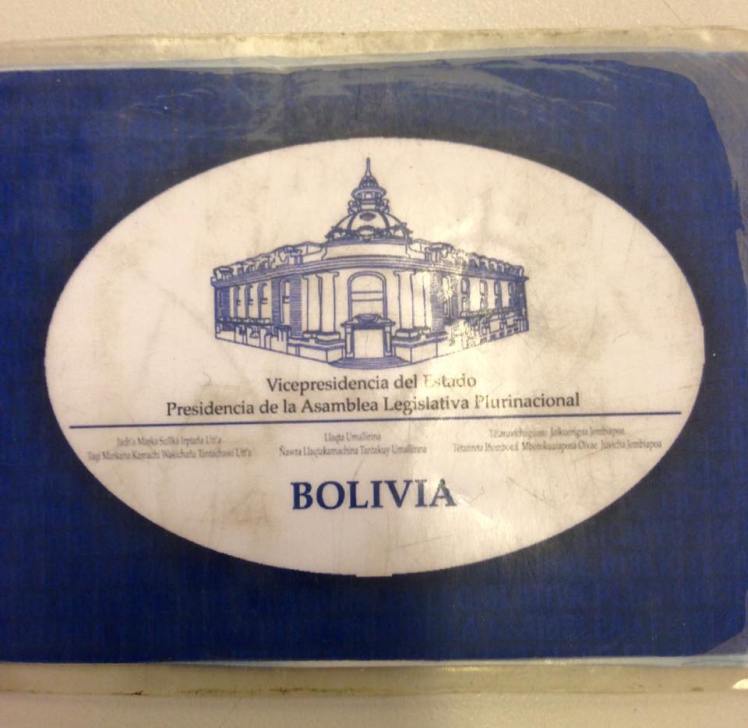 I have taken as a starting point a Peruvian poet, Carlos Oquendo de Amat, who was imprisoned in La Paz in 1929 because of a long-lost piece of social criticism that he wrote about the Bolivian scene he encountered. My main goal is to explore working class/radical press and literary magazines available in archives in La Paz and Sucre in order to learn more about the political and literary contexts into which he immersed himself while in Bolivia. Thus far, I’ve spent time in hemerotecas at La Paz’s Universidad Mayor de San Andrés (UMSA), the Biblioteca y Archivo Histórico de la Asamblea Legislativa Plurinacional de Bolivia, and the Archivo de La Paz. I’ve been able to read leftist press like Bandera Roja and issues of Última hora, a polemical newspaper run by journalists with whom Oquendo de Amat developed a friendship during his time in Bolivia. Later this week I’ll travel to Sucre where I will spend time in the Archivo y Biblioteca Nacionales de Bolivia reading La antorcha, El socialista, La tea, and more.

I may not find the long-lost writing that landed Oquendo de Amat in prison, but I have already learned a great deal about some of the debates that shaped the political and literary contexts that characterized the pre-Chaco War years. As I studied and prepared for my trip, I was thinking a lot about Alain Badiou’s assertion in The Age of the Poets that “there exists an essential link between poetry and communism…” but as my trip has progressed I find myself thinking more and more about César Vallejo’s Arte y revolución in which he stresses that socialist poets should be such not only in their art, but rather “en todos sus actos.” Not only does Oquendo de Amat embody this, having dedicated his energies to Marxism and militancy after some degree of literary success in Peru, but I am learning that this was also a theme among Bolivian writers in the late 1920s. Poet Oscar Cerruto, for example, in Bandera roja declared himself to be part of the “clase rebelde” and in Última hora he stressed that he lived his life “junto a la realidad” and “junto a los grupos de obreros revolucionarios.”

A second and equally important goal for my time here is to meet with Bolivian writers and academics. Already I’ve had the good fortune to meet and dialogue with a number of new friends and colleagues, and over the next few weeks I expect to make additional contacts both here in Cochabamba at the Foro de Escritores Bolivianos, in Sucre at the Congreso de la Asociación de Estudios Bolivianos, and back in La Paz at UMSA. This trip has proven to be tremendously productive and I look forward to the next three weeks. Many thanks to CLACS for the generous support that helped to make this trip possible.

Daniel Runnels is a PhD student in the Department of Spanish and Portuguese.