Inequality, Property Rights, and Access to Justice in the Urban Brazilian Amazon: Understanding the Relationship between Social Actors in Belém

I am currently conducting a seven-weeks feasibility study in Belém, a major and unequal city in the Brazilian Amazon. This is the first fieldwork for my Ph.D. in Sociology at Indiana University-Bloomington. I am analyzing how impoverished individuals seek legal representation and navigate the legal system in Brazil. Specifically, I am looking at how individuals of low socioeconomic status redress their grievances related to property rights in Belém, where longstanding problems of urban planning and infrastructure affect a large portion of its population. Since I arrived in Belém, I have conducted interviews and participant observation with state legal aid attorneys – Brazil’s public defenders –, social movement leaders, and individuals who deal with urban issues that stem from the poor governance of common goods by all levels of the government. 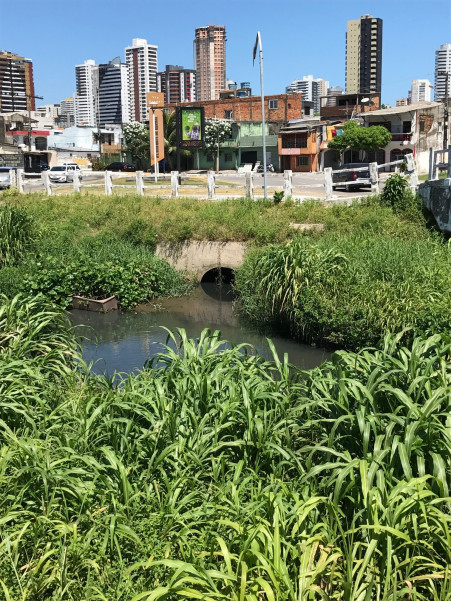 Namely, in Belém, in addition to the poor infrastructure of water and sewage treatment system, a heavy rainfall season exposes more than half million people to flood hazard, housing damages, and displacement. Following the process of urbanization in Belém, large macro-drainage projects have been planned and executed as a means of ameliorating this situation. For example, the macro-drainage of Bacia do Una, a hydrographic basin that serves about 20 districts of Belém, was considered one of the most important urban reforms of its time in Latin America. This project received funds from the Interamerican Development Bank and had a budget that exceeded $300 million US dollars. It combined the efforts of the federal, state, and municipal governments. Although the municipality claims that this project has been completed, some of the canals that have been built and reformed are in shambles. As a result, mass flooding and housing damages still affect Belém’s residents, including some households that I visited in which the water level has reached 1.30 meters (4 feet, 26 inches). And it is important to mention that the district of Umarizal, which is also served by Bacia do Una and is one of the wealthiest neighborhoods of Belém, is located less than a mile away from where Photos 1 and 2 were taken, revealing a severe pattern of spatial segregation.

In my conversations with social movement leaders and state legal aid lawyers, I have found that the number of cases of individuals who seek compensation for housing damages is extremely small. In fact, Belém is not only segregated in terms of access to urban infrastructure but also with respect to access to justice. While more than 80% of Belém’s population qualify for legal aid, there are approximately 145 state legal aid attorneys to provide free legal services for the needy in the metropolitan region, which shows how legal aid is insufficient. And, to be sure, a much smaller number of interns need to schedule the first appointment of a potential claimant with a state legal aid attorney – see Photo 3. It happens, though, that housing and free legal services are constitutional rights in Brazil. Consequently, even when claimants have the consciousness that their rights have been violated by the state’s inefficient policies regarding property rights and try to find an attorney, the struggle for justice before reaching the courts is enormous. Thus, several individuals are pushed away from the attempt to seek legal relief for their grievances not only at the Public Defender’s Office but also throughout governmental organizations that the claimants unsuccessfully visit before deciding to file a lawsuit. 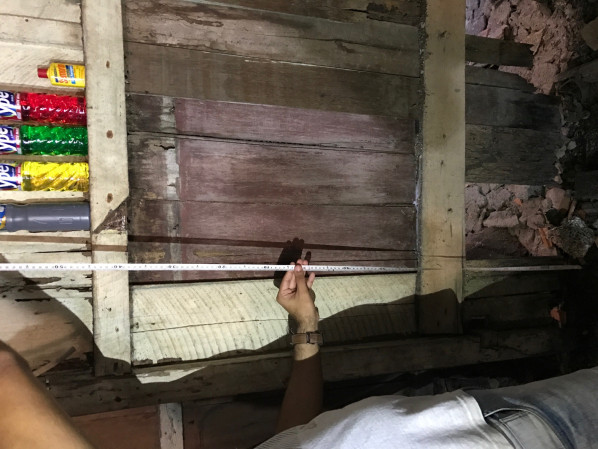 Finally, when claimants overcome the challenges to looking for their rights and find legal representation, state legal aid attorneys need first to screen and then accept that the cases brought before them have legal ground to be settled within or outside of the courts. In so doing, these lawyers have a dual professional role. They function either as the last resort to which claimants can turn to fight for justice or as the gatekeepers whom can ‘close the doors’ of the judicial system.

This dualism appears in the interviews and the success that some social movements have in using the Public Defender’s Office. That is, there are state legal aid attorneys who see themselves merely as lawyers of the poor who hold the professional autonomy to screen and accept cases per their own interpretation of the law. Conversely, other lawyers demonstrated a professional identity according to which they perceive themselves as agents of social transformation who need to promote social change by filing lawsuits that go against the existing legal precedents. Both groups argue that judges’ prejudice against the poor transposes to their lawyers, but the latter group argues that challenging courts’ decisions is especially important with respect to property rights, because the judiciary tends to hold a conservative understanding of the right to housing for the needy in Brazil. Some social movement leaders have benefited from this scenario, but others have not. The Public Defender’s Office has taken the lead particularly in collective cases of potential displacement in which the disputants need a judicial opinion confirming the property of the houses in dispute in order to avoid displacement. However, it has taken a secondary role in collective cases of housing damages such as the individuals who have been repeatedly harmed by the problems caused by the macro-drainage of Bacia do Una. Therefore, even social movement leaders who share similar forms and amount of capital have different experiences in navigating the legal system in Belém.

As I continue to work on this project in future visits, I need to better understand the underlying mechanisms that lead to the distinct experiences mentioned above and their consequences for the lawyers and harmed individuals who handle the everyday struggles for housing and justice in the urban Brazilian Amazon. This project has been funded by CLACS and received the support from the Center for the Analysis of Socio-Ecological Landscapes and the Center on the Global Legal Profession at Indiana University-Bloomington, and I am very grateful to them for making this possible. For their tremendous contribution to my knowledge of the field, I am also thankful to José Alexandre de Jesus Costa, resident of Belém, and member of the “Frente dos Moradores Prejudicados da Bacia do Una” (an organization of harmed residents in the Una River basin); Professors Sandra Helena Ribeiro Cruz and Pedro Paulo Soares, members of the Programa de Apoio à Reforma Urbana (Program on Supporting Urban Reform) at the Federal University of Pará; and all the members of the Public Defender’s Office with whom I spoke and to whom I ensured anonymity.

Vitor Martins Dias is a Ph.D. student in Sociology at Indiana University-Bloomington.