Greetings from Mexico City! Thanks to the generous support of CLACS, I am spending two and a half weeks in Mexico’s Distrito Federal conducting field research for my master’s thesis. While Mexico City can be grimy, noisy, and humid, there is also a sort of sultry sensuousness to the city’s thrumming pace. Nowhere is this latent sensuality more evident than in the Sex Plaza in the Cuauhtémoc district (pictured above), where sex toys, lingerie, and pornography abound. It is the latter commodity that has brought me to this peculiar marketplace, but what I am particularly interested in is the genre of the erotic comic. 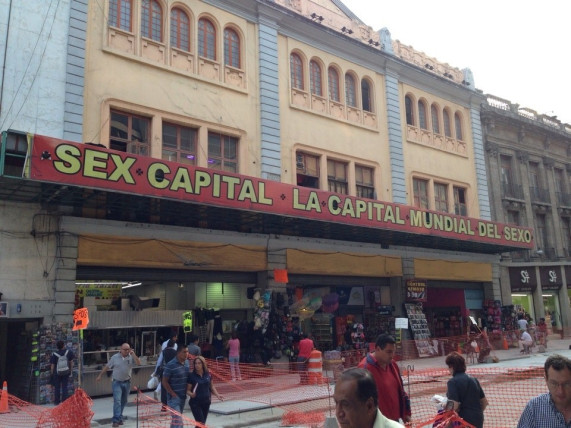 In Latin American gender scholarship, there exists a prevailing theoretical framework for studying gender. This framework resembles a dichotomy of gender constructions, namely the machismo-marianismo dichotomy. Machismo frames males as dominators over women in every societal sphere: that is, economic, legal, cultural, and psychological. It aligns Latin and Latino manhood with a hypermasculinity that leads men to risk taking, aggressiveness toward females, sensitivity to insult, and a desire to demonstrate self-worth through sexual conquests. The term marianismo, on the other hand, refers to the purported cultural norm within Hispanic communities that places female docility, submissiveness, and sexual purity as the ideal of true femininity and marker of female spiritual superiority.

Some recent scholarship has raised legitimate critiques against the traditional treatment of both machismo and marianismo. The machismo construct has been problematized as overly-simplistic and possibly based on North American stereotypes of Latinos. Similar criticisms of the marianismo framework have been made, with one scholar describing the construct as “ahistorical, essentialist, anachronistic, and orientalist” (Navarro, 2002. “Against Marianismo”, 270). Yet, to this day, machismo and marianismo in their traditional usage continue to be referenced and employed as serious conceptual frameworks for scholars writing on Latin American men, women, and gender politics and relations. In spite of the problematic nature of the machismo-marianismo dichotomy, scholars continue to uncritically engage with these concepts in their scholarship, often with little to no acknowledgement of the various indictments against the concepts that have just begun to emerge. 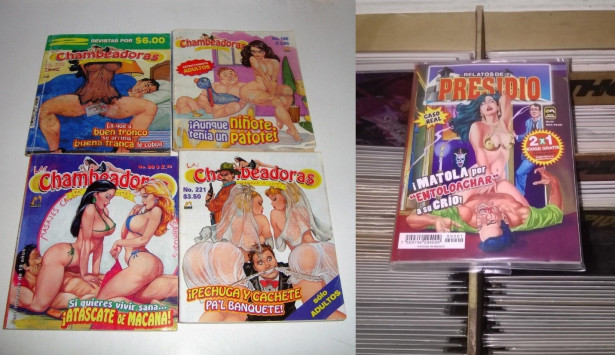 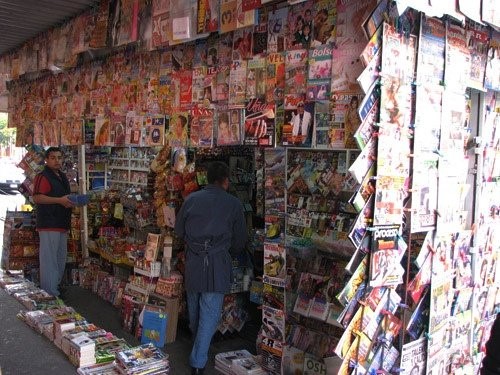 The preliminary fieldwork allowed through the CLACS grant has been vital in many ways. Given the rarity of such ephemeral material in the United States, being able to just read one of these sensacionales from front to cover has been immensely helpful in establishing the viability of my proposed research. More importantly, this trip to the field has prepared me for my five-month stay next year in Mexico City as an IU Office of International Partnerships Exchange Fellow where the bulk of my thesis research will take place. Not only have I begun amassing my sample size for my eventual content analysis, but I’ve learned that these comics are sold outside niche marketplaces like the Plaza del Sexo in the Cuauhtémoc district. Indeed, to my great delight, sensacionales can be bought in the newsstands found on nearly every street corner (pictured below). Not only was this a relief for curation logistics, but it also demonstrated the continued popularity, consumption, and cultural significance of these types of materials.

The comics and data I’ve collected during my time here in Mexico City will keep me busy upon my return to the U.S. and give me something to work on during the interim semester until I depart for Mexico City on a more long-term basis. Having gained so much insight already, I have a newfound excitement for the investigative journey ahead of me!